Wealth Redistribution Is Not The Objective Of Court On Divorce 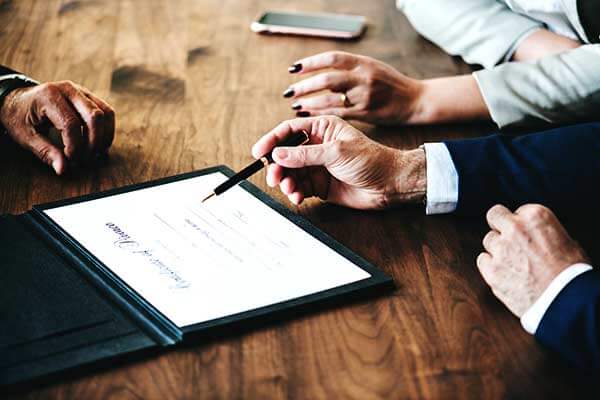 The Court of Appeals Decision in the case of CC-v-NC (2016) IECA410 demonstrates the “tough love” approach being adopted by the Superior Courts in Judicial Separation and Divorce cases.

Mr. Justice Gerard Hogan granted a Decree of Divorce and delivered judgment in this case on the 26th of October 2016. The question for the court was whether there wasproper provision for the wife in the context of the Judicial Separation Proceedings or whether a further payment by the husband to the wife should be made.

The Judicial Separation Order was made in 2005. The parties had married in 1987 and had 4 children. The husband had inherited a large estate which had been in his family for several hundred years. The estate was a major tourist attraction which generated a significant income for the family. The wife had helped out to some limited extent in the running of the souvenir shop and the farm. The court acknowledged that she was a devoted wife, mother and homemaker but that she had not made an appreciable financial contribution to the husbands financial situation. At the time of the separation, the husbands assets were valued at €30 million gross.

The Court of Appeal noted that following the Judicial Separation, the wife purchased a country house for €5.1 million and spent a further sum of €1 million on repair work. She had borrowed €2.5 million from Bank of Ireland. After 2 years the wife moved into a fashionable Dublin hotel for an extended period at a cost of €90,000. The country house fell into disrepair and was sold for €670,000 by a receiver for Bank of Ireland in 2012. The wife now lives in rented accommodation in London. Bank of Ireland obtained an Order that she pay €40,000 per annum towards the outstanding debt and the wife also had a Revenue liability. Her financial position is precarious.

The court acknowledged the principal set out in YG v NG (2011) 3IR717 that inherited assets are not to be treated the same way as joint assets of the parties. This was especially relevant where the inherited land is essentially illiquid and difficult to sell and where, even if it could be sold, it would destroy the income generating abilities of the husband.

The court also stated that its task is to make proper provision, not to ordain some sort of wealth distribution between the parties.

The fact that the wife had made poor investment decisions after the initial capital transfer is not in itself a reason to justify a further transfer of capital to her. The husband should not have to bear the consequences of the poor and improvident investment decisions made by the wife in the aftermath of the marriage break-up. The Court of Appeal found that the €3.3 million paid to the wife, which was approximately 15% of the net value of the husband’s assets, was not inadequate given that the husband’s wealth was inherited and given the large size of the maintenance award. The husband was required however to pay the wife’s legal costs for the separation and the divorce.

While the wife was a professional, she had not worked in a long time and it would be unrealistic to expect her to do so now. Her income remains dependent on that of her husband and he was required to pay her rent of €36,000 per annum plus €50,000 net per annum free from all deductions for the wife’s necessaries, the High Court Order in favour of Bank of Ireland notwithstanding.

The Judicial Separation Order met the requirement for proper provision and the adequacy of that Order was a fundamental feature to be considered at divorce stage.